Robin Hood of the banks 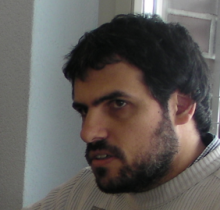 The "Occupy Movement" tought us much about unequality. With fair.coop, he has taken the lead to build an ecosystem for a global alternative economy. FairCoin is the currency, they prefer to use in all business relations. This way, value can be exchanged without the need for a banking system to manage it.

With his activites, Duran stated that he sought to create a debate about the financial system and the current capitalist system, proliferate protest actions against it and fund the social movements that seek to create alternatives. Duran called what he did an act of 'financial civil disobedience', and stated that he was prepared to even go to prison for his actions.