Arbúcies, an evolving experiment in new forms of radicalism for the 21st century 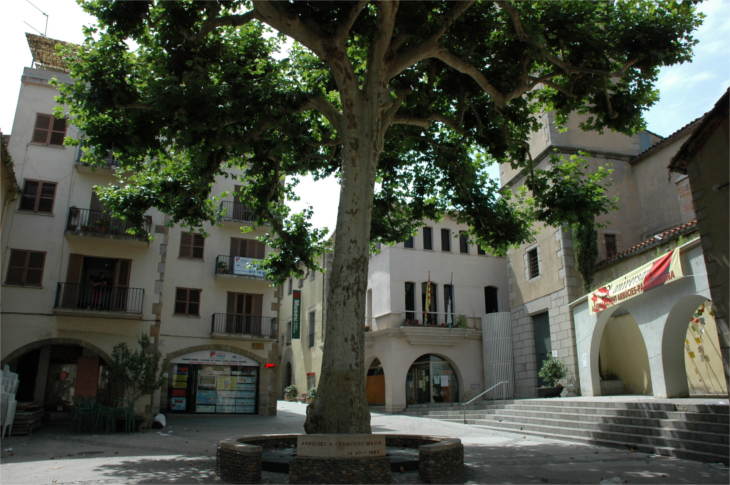 The endeavour of FairCoop, to enhance the networking of cooperative movements of the solidarity economy across regions and borders, and one of its most well-known tools, the digital currency FairCoin, have both reached a new level of success with the recent acceptance by the municipality of Arbúcies, in Catalonia, of payment in FairCoin for various services. Overall, understanding this development means coming to grips with the profound changes in societal structure and the advent of new technologies in the 21st century, instead of denying them or remaining stuck in ideological abstractions drawn from forever- past models of revolt.

Therefore, besides simply noting this historic event (this is one of the first municipalities to accept a digital currency and, possibly, the first to accept it based upon the ecological and socially just aspects of that currency), there will also follow an attempt to deal with some of the more theoretical aspects of this event and the implications it has for organizing in the new century. In this way will be shown the importance of Arbúcies as a practical experiment, but also as a theoretical example that can be used to show new trends and tendencies of struggle within the present European situation.

After all, given the novelty of this development that upends much of traditional radical thinking, it is always important and worthwhile to engage in clear and honest political discussion and justification for different strategies. In this way, positions are made clear, and radical movements as a whole are strengthened because rational debate and a healthy political culture are promoted. Therefore it could surely be asked, is it not compromising radical ideas having Faircoin recognized by part of a government --even just a small municipality? Yet on the contrary, this is not abandoning ideals in the slightest --it is making them a reality. This also means that we have some clear thinking and see that necessary political distinctions must be made between begging from a position of weakness and promoting traditional models of political organizing, and being recognized as coming from a position of strength, that has been created in a profoundly grassroots manner. The success of Faircoin, which has been constructed from the bottom up and with a clear horizontal focus, means that to a small municipality accepting it is an interesting idea. In other words, the economic strength and innovative ideas of the radical movement are exerting an objectively strong force of attraction. Municipal government acceptance is far from a final stopping point, as we are still focusing our primary attention on creating new cooperative structures and expanding circuits of trade within the solidarity economy.

In the present time and if we take Europe as an example, the objective political tendency is that the monopoly of the central state (and through it the European Central Bank) to control the currency is being challenged and fragmented, both due to political distrust of elites, their own incompetence and mismanagement, and technological breakthroughs like Blockchain. There is on our side, the bottom-up response of Faircoin, that does respond to this pressing need but fundamentally is focused on grassroots work, building its forces with collectives and individuals --and then there is the traditional political one, which is focused on bureaucracy and electoral contests. There is also the practical result of these different paths of struggle that needs to be compared. Faircoin has been, is, and will be, continuing along its path, and now is proving its reality and worth, which is even being recognized by some small parts of traditional structures. Whereas the traditional road, focused on large cities or the nation-state, still has not been implemented, and even if it were implemented, would be subject to cancellation as soon as an election was lost.

Finally, there is within this example a practical critique of the leftist model being promoted elsewhere, which is organizing within traditional parliamentary parties, either at a national level or a city level and trying to introduce a ‘voucher’ or IOU alternate payment system for government employees or public creditors in addition to the Euro (I would say "local currency"). This was discussed by Varoufakis and the Syriza government in 2015, and also by the actual Italian government (under the name of mini-BoTs) and local municipal governments in Spain like in Barcelona and Madrid. Yet it is still not existing and would be a statist project, functioning mainly for the state in paying public employees. The reference here, in line with the old thinking, is still the state, which would be gaining some liquidity and economic autonomy from the ECB and markets --not individuals and cooperatives.

Moreover, there is another needed distinction between being strong enough to enforce whatever one likes, and having to deal with a pluralistic and generally unfavourable political situation. It would be very nice to decree a juster world tomorrow --if only it were so easy! But the sad reality is that most of the contemporary radical rhetoric still carries on with revolutionary prophetism as if the resources and weight of vast workers’ political organizations were behind it, whereas actually the opposite is closer to the truth --the organization and weight is very much on the opposing side. This creates the large disconnect between radical ideas and results that is quite evident today. Avoiding that, Faircoop is beginning with the new form of organization for the present era, that takes into account the profound structural changes introduced by the postmodern era, internet and blockchain, and with this focus on reality acknowledges its potential to grow larger and scale up quite rapidly.

This could lead us to the next critical point, that this does not take place in a capital city, rather a small town, and therefore is of only peripheral importance. On the contrary once more, and in opposition to classical radical thinking, based as it is on the experience of centralized historical revolutions, like the ones in Paris (French Revolution, 1789) and St. Petersburg (Russian Revolution, 1917), here has to be asserted new historical conditions: a new era of autonomous regions, environmental action, local struggles, horizontal organizing, and profound digital connectivity. This has more in common with other less-known past experiences --of course, the profundity of the Anarchist experience in Catalonia in 1936, along with the socialist municipal experiment in Vienna after 1918, and the struggles and cooperative forms of the early workers movement in the 19th century, such as the experiences of Owen's ideas amongst the British workers, or the mutual credit ideas of Proudhon and the general importance given to cooperative societies as a base of support and foundation for unions and the early political organizations. This means in our time recognizing that action in the metropolis is not the only way to act for change, and "even is not so effective a terrain for organizing".  The new technologies and focus on horizontal ideas allow us to experiment with new models outside of the physical concentrations of the vast metropolis. As well this new focus necessitates being open to new ideas that are building upon the old experiences, rooted in really existing contemporary experiments, such as the democratic confederalism of Rojava and the ideas of libertarian municipalism found in Murray Bookchin.

In sum, fundamentally Arbúcies is an experiment that marks another important step on the path of progress for Faircoop and Faircoin. Now the challenge will be to apply the experience learned there to spreading this model elsewhere to small municipalities and villages in Catalonia and Spain as well as to other struggling regions like Rojava, or the sites of local and environmental struggles all over the world.

Arbúcies is a small town close to Girona situated in the hinterland region of La Selva, in Catalonia,  with around 6,500 inhabitants, including some participants to FairCoop, which presents a lively atmosphere, compared with other provincial Mediterranean towns. Since the very beginning, a proficient core of the CIC (Cooperativa Integral Catalana) was active in this pleasant location and, from there, the local node of La Selva was created, being one of the first to be settled, with a rebost (a space for supply and exchange) which was one of the first ones to accept FairCoin within the network of the CIC and a PointOfExchange working on a daily basis since 2015.

Yet things are soon to take a very innovative turn, with the implementation of a pilot project, which consists in accepting FairCoin as a means of payment for some municipal services, and with the potential to expand this fruitful collaboration further on the road to the functioning of a truly localized, circular economy with a digital focus. Thus, to begin with, FairCoin will be accepted for recreational access to the swimming pool and for educational courses offered by the local sports centre, besides several shops in town will allow FairCoin payments as well. In parallel, the Point Of Exchange at the FairCoop Node of Catalunya, located in Arbúcies, will advise people about FairCoin policy and tools with the same municipality joining the effort of getting people used to digital currency.

Before the pilot project began there were already commercial activities accepting FairCoin and recently further FairCoop spaces were open not to mention the Co-op Day, promoted in collaboration with the municipality, with whom a dialogue was carried out with the support of the citizens until the agreement on FairCoin acceptance was reached. The experimental project will run from June to October 2018 and this important achievement is the result of a solid presence of Catalunya FairCoop Node in the territory and their local hard work, which continues constantly since all different actions mentioned above raised the interest in FairCoop principles and FairCoin use.

Once the pilot part of the project will be terminated, both parts will draw the conclusion from the results and FairCoop will make a full report of the outcome of this “trial” period.

Finally and most important, individuals and collectives everywhere are trying to make their own efforts at a new life of cooperation and sustainable, fair economic existence- to successfully withdraw from a world that doesn’t fit their ideals or desires, all while providing an inclusive and advanced model of a new society being built within the shell of the old.

This, in so many words, is the specific topical and larger political background to the exciting new venture of FairCoin being accepted at Arbúcies, and immediately suggests itself as an available model for reproduction in other small municipalities in politically engaged regions. In undertaking this venture, Arbúcies has put itself on the map in a unique way and in the forefront of the digitalization of economic life, but also in an ecologically friendly, politically radical and non-speculative way.