Theoretical considerations on the development of FairCoin 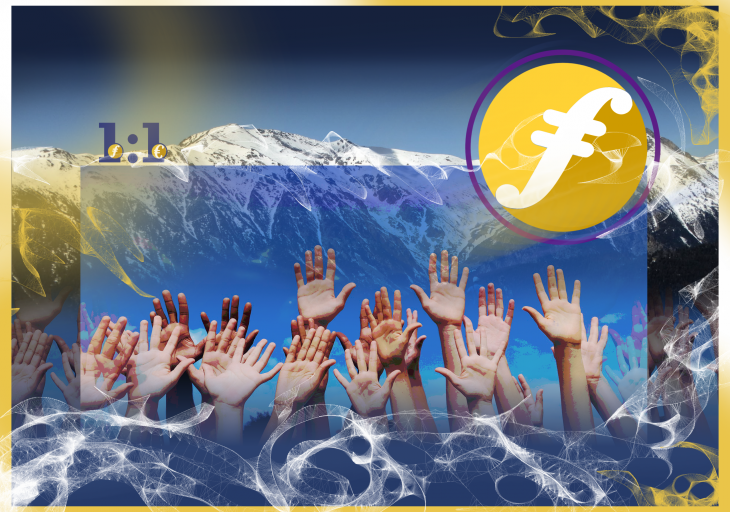 The advent of the arrival of FairCoin to an equal price with the Euro, is an important milestone and worth considering in several aspects.

Firstly this makes the coin easier for individuals to trust and inspires more collectives and merchants to begin using it. At the project level, this demonstrates a real success in combining older forms of self-organization, such as cooperatives, with the possibilities offered by new economic fields and advances in technology, rejuvenating radicalism for the 21st century.

On an even broader and more intellectual level, this also requires some reformulation in terms of theory, as to what exactly is currently taking place, and what precisely are our goals, and the tools we have to achieve them. This will help radicalism (in the sense of a transformation from the roots) to leave the abstraction it has been afflicted with in the postmodern era, and help it to orient itself for the new era, to intervene successfully in political developments, and ensure that a cooperative and non-state model is able to present itself as a credible alternative.

What the attainment of 1:1 signifies is a practical example of a successful deployment of a large-scale, cutting-edge technological venture connected to cooperativist organisations in the real world. It is at the forefront of connecting a desire for autonomy, with the advances offered by blockchain technology and digital currency. Moreover, it is precisely these radical principles that have lead to positive results: slow and realistic growth, basic anti-speculative measures in the management of the coin to avoid counter-productive fluctuations, and a focus on practical use in economic cooperative networks. This means on the one hand the necessity of asserting a different conception of success compared to the dubious benchmarks of today’s malfunctioning world, but also an acceptance of acting within the world as we find it, not as we might like it to be. This is the actual way to successfully change the world.

There is also the importance of stressing the ‘golden mean’ that has been achieved in the management of FairCoin. The extremes on either side could be proposed as a totally decentralized currency that only functions within markets (as with all of the other proposed digital coins), or a statist conception that sees the blockchain technology as only a way for a government to add liquidity by paying civil servants, and is dependent upon political control of a municipality, regional or state government.

The experiment with Bitcoin and other coins could be called ‘anarcho-capitalist’; that of a government-introduced blockchain comes with ideas of statist (and presumably social-democratic) regulation. The first idea is simply that without state intervention, and ignoring the reality of the present world, the functioning of markets will deliver an ideal solution. But the clear divergence between the professed initial principles, and the actual functioning and large-scale financial speculative investment (creating wild price fluctuations) in Bitcoin, Ethereum, etc. show that this lacks a way to protect itself from the existing power structures of this world, that act with great determination to exploit and profit from potential social advances.

On the other side, the governmental solution that is still not yet a reality (which is already a critique, given the extreme social crises in Greece and Spain for instance, where these ideas have been much discussed) lacks the importance of politically conscious individual participation and is instead a bureaucratic project, and in addition, such a program could very easily be ended by a different electoral result, especially if it emphasised more radical political characteristics.

On the one hand is the problem of too little control, on the other the problem of too much. For these reasons FairCoin has taken theoretical fire from both sides, but with its visible record and increasing success, it is able to defend itself. A utopian faith cannot be put in markets (which does not differ ideologically from the preconceptions of neo-liberalism); an equally Utopian faith cannot be put in the state, which was the error of most of 20th century radicalism. The true solution is to take the best from both sides: putting faith in the choices of individuals and decentralized networks, but refining this idea and focusing it via the conscious political decision-making of self-managed cooperatives.  And on the other hand, political decisions have to be coherent and focused on a clear ethical difference from speculative and acquisitive methods, while also not needing to fit into the bureaucratic structures of the state and parliamentary campaigns.

This path of moderation, taking the best from both sides while improving upon their insufficiencies, is that of FairCoin, and of the larger overarching FairCoop structure. This is why it has reached, in a sustainable, stable and controlled way, parity with the Euro, and this is also why it promises even larger advances in the future.