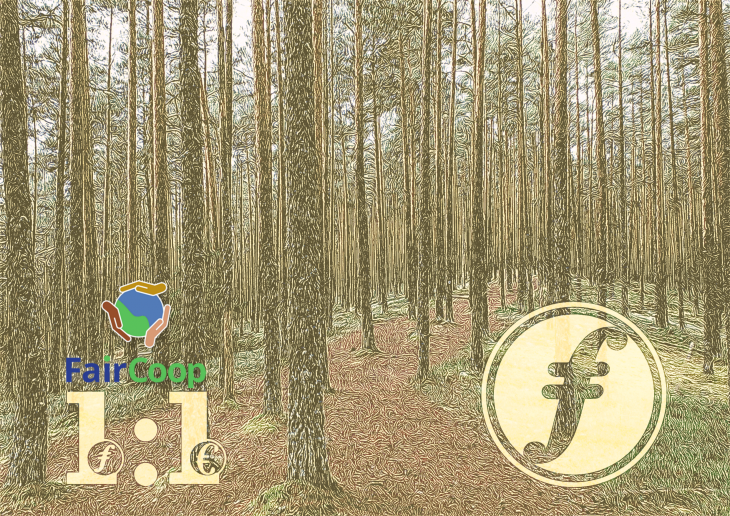 One of the most common objections to FairCoin, which will inevitably be heard, is that radicals should not be involved with money in any way. This argument has a superficial attraction, but inevitably one finds that such abstract negation cancels itself out with its own unreality: as we can see, in today’s world we are all forced to use Euros for our significant transactions - this is the easiest way to refute such a dramatic claim, by showing that the existing monocultural system lacks the capacity to deal with a series of changes over time, which do not fit into a simple and instantaneous ‘either-or’ schema. The other way to examine such a critique, is to look into the historical background, and refute it in that way.

Thus in such a critique there is the presupposition of an eternally valid truth, as to what radicalism means or implies. Yet on the contrary, the first utopian socialists, such as Owen and St. Simon, were directly concerned with organizing the collective tools and shape of the new society into economic cooperatives; just as one of the primary concerns of Proudhon was organizing an equitable bank that would provide easy circulation of credit for impoverished workers and farmers. These are far from outdated ideas; in fact, these provided the material basis for much of what later become known as the workers’ movement, which always had a strong component of cooperatives and the creation of economic alternatives to the prevailing system.

This is also seen in the history of the Spanish revolution in 1936, where there was not such a clear distinction between cooperatives and political work to create a new and more just world. Thus even from a brief study of history, we see that such a distinction presupposed by this highly dualistic critique, did not actually exist in the grand moments of revolt in the past. At a further level one could even historically analyze the ground of such critique, and propose that such abstraction and disconnection between means and ends, of desires and the tools required to achieve those desires, is actually a product of our own postmodern society, where there exists a clearly dysfunctional, corrupt and financialized official society, a widespread desire for change, and yet a lack of clear proposals and programmes for changing the world, due to the failures of the past models of radical social change, anchored as they were in the conceptions of the State.

This is in general related to the thorny question of how to change the present world: but those in the past were convinced it would be a long term project, and one might say, of a gradual character, combined with moments of extreme advance; in other words, the development would be something like that described by the term of 'punctuated equilibrium'. This would mean necessary compromises with the objective world, yet also the determination that such compromises would be a partial step on the way to changing that world, and would thus be a series of steps, none of which had a total character, but taken in the correct way and direction, would eventually lead to a higher form of social advance.